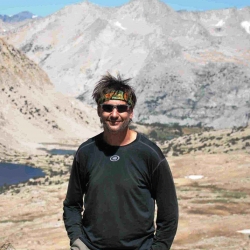 The major theme of my group’s research is the development, characterization, and application of highly automated and miniaturized instrumentation for the analysis of environmental pollutants. We are particularly interested in techniques that provide advantages such as minimal sample preparation, monitoring of multiple target species, low detection limits, and the ability to rapidly screen large numbers of samples in the field. We utilize both GC/MS and Direct Sampling Ion Trap MS (DSITMS) to monitor gases, volatile organic compounds, and pesticides in air, museum artifacts, and consumer products. Our recent work in this area has focused on the use of Solid Phase Micro-Extraction (SPME) for rapid sampling of volatile species and the development of custom DSITMS sample introduction systems to lower detection limits of this technique into the part-per-trillion range. We have also been active in pioneering the use of X-Ray Fluorescence (XRF) for FDA applications such as the determination of toxic elements in Asian patent medicines and investigation of consumer complaint cases. I also serve as a science advisor for the FDA and am actively involved in the oversight of remediation efforts at the Hunters Point Shipyard in San Francisco.